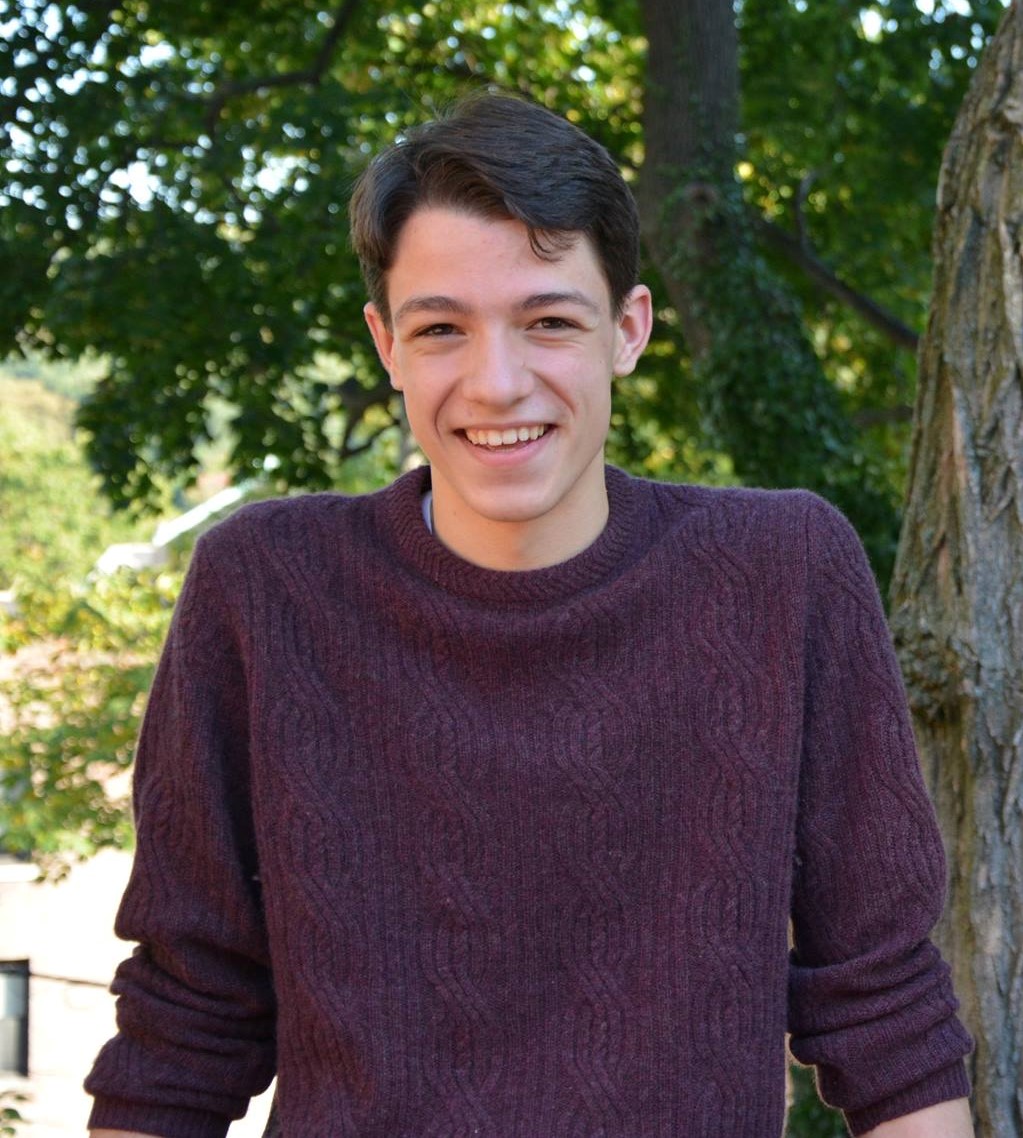 Before posting too much, I thought it would be worth reviewing probability theory, which is really the foundation of all data science. This post is also intended to serve as a quick (and unfortunately incomplete) reference guide, from which you can pull specific pieces of information .

In statistics, we like to think about the outcomes of random experiments. For example, one random experiment might be that my roommate rolls a pair of dice. There are 12 possible outcomes to this event: he could roll a $2$, $3$, $4$, etc. However, we can also group different outcomes together into events: for example, we might denote $A$ as the event that my roommate rolls an odd number.

Because the experiment is random, we assign each event a probability between $0$ and $1$. For some event $A$, we usually denote this probability as $P(A)$.

Random variables have distributions which describe how likely they are to take on certain values after the experiment has concluded. For example, our random variabel $X$ from the last paragraph will never take on an odd value - this is a fact about its distribution. We can simulate the dice rolls and look at the distribution below:

Although it’s nice to visualize distributions, we also want to be able to write them down mathematically. We typically do this in one of three ways ways (although these are not the only three ways to specify a distribution).

First, we can try to work with the Culmulative Distribution Function (CDF). The CDF of a random variable is a function $F$ which takes in a real number $y$ and returns the probability that the random variable is less than or equal to $y$. \(F(y) = P(X \le y)\)

For example, we can plot an empirical CDF of the data above.

CDFs are useful because we can use them to calculate the probability that a random variable will lie in any arbitrary interval. In particular,

Some distributions are discrete, in that they can only take on quantized or “spaced out” values. For example, our example random variable $X$ was discrete because it could only crystallize to become an whole number, but it could never crystallize to a fraction. We often use something called the Probability Mass Function, or PMF to describe the distribution of discrete random variables. If we denote the PMF as $P_X$, then for any real number $y$, \(P_X(y) = P(X = y)\)

We’ll plot an empirical PMF of the data above.

Note that because $X$ is discrete, the PMF is zero almost everywhere - it only takes on nonzero values at a couple of whole numbers (2 through 12).

Other distributions are continuous, in that they can take on any real value. We can’t use a PMF to describe discrete distributions, because the probability that they take on any particular value is $0$! Although we can still use the CDF to describe the probability that they’ll land in a particular interval, we might still want something a bit more analagous to the PMF. The solution is to use a probability density function, which is the derivative of the CDF. To understand how this works, let’s look at the distribution of a “mystery” random variable.

We can take this idea to its limit (get it!) by taking the derivative of the CDF, which corresponds to limit of the probability that $X$ will fall into a bin around some value as the size of the bin gets smaller and smaller. This derivative is the PDF, and just as we suspected, it is very high while $x$ is close to $0$, and drops off as $x$ increases.

At this point, the difference between a “Probability Mass Function” and a “Probability Density Function” might be a bit clearer, especially if you’ve ever done any physics. For a probability mass function of a discrete random variable, there is actual mass, or a finite probability, associated with many points.

On the other hand, for a continuous random variable, there’s no finite probability associated with any point, so instead we associate each point with a density.

The Law of the Unconscious Statistician, known as LOTUS, states that we can actually extend this definition and compose an arbitrary real-valued function $g$ on $X$. More specifically,

We define the standard deviation as the square root of the variance:

I’ve plotted the expectations and variances of a couple of common distributions below, because visualization aids intuition!

And now we see that the $E(X^n)$ popping up as a part of each term in the sum. Moment generating functions can be a bit confusing, but extremely useful. I may end up doing an entire post on them for this reason.

“Conditioning is the soul of statistics.” - Joe Blitzstein

Often, we have not observed the full result of an experiment, but we might have observed part of the result, and we want to use this information to help predict the rest of the experiment. In other words, if some event $B$ has already occured, but we want to know the probability of some other event $A$ given $B$. We denote this as $P(A | B)$ where the $|$ symbol means “given.”

This result is actually one of the fundamental theorems of statistics: it is known as Bayes’ Rule.

Two events $A, B$ are defined to be independent if and only if $P(A, B) = P(A) P(B)$. What does this mean? Remember, $A$ and $B$ are events, or a subset of outcomes of some experiment. For example, if we think of the wheel of fortune as a random experiment, $A$ could be the event that you win over 1000 dollars, could be the event that you win some sort of vacation as your price.

With this in mind, we can construct an intuitive understanding of independence. Events $A$ and $B$ are independent if knowing that one occurs gives you no information about whether the other will occur; i.e. perhaps you spin two separate wheels, one which might reward you with a vacation, and one which might reward you with cash. On the other hand, if $P(A,B) < P(A)P(B)$, then knowing that $A$ occurs makes $B$ less likely to occur, and vice versa - perhaps the game show host only allows you to win either a vacation or cash. Or finally, if $P(A,B) > P(A)P(B)$, then knowing $A$ occured makes $B$ more likely to occur, and vice versa.

Just like in the case of events, the intuitive way to interpret this is that $X$ and $Y$ are independent if and only if knowing $X$ tells you absolutely nothing about $Y$.

One last piece of terminology is important: we say that $X$ and $Y$ are i.i.d. if they are independent and have the exact same distribution (i.i.d. stands for “independent and identically distributed”). We often think about i.i.d.-ness because it allows us to apply the central limit theorem, which we’ll talk about later.

Although the rightmost expression is often very useful in practice, the middle expression can help us get a sense of what covariance actually means. $E\bigg( (X - E(X)) (Y - E(Y)) \bigg)$ will only be large if in the cases when $X$ is significantly greater than its mean, $Y$ will also be greater than its mean, and vice versa. This is what it means for $X$ and $Y$ to have a “positive covariance.” On the other hand, $Y$ and $X$ will have a negative covariance if $X$ being “larger than normal” implies $Y$ will likely be “smaller than normal.” Let’s look at some very simple examples.

which turns out to be an extremely useful identity in pretty much every modeling setting.

There are “dozens” of fundamental distributions in statistics, but here is a brief review of five simple but extremely useful distributions. Note that for some distribution I use the $X \sim distribution $ notation to illustrate that a random variable $X$ is distributed according that distribution.

If a random variable $X \sim Bern(p)$, then $X$ has a distribution chracterized by the following PMF:

Intuitively, this means that $X$ is basically a weighted coin toss: it has a $p$ chance of crystallizing to the value $1$, and otherwise will crystallize to the value $0$. This is called the Bernoulli, which we often use to characterize binary events (i.e. whether a coin will land heads/tails).

The binomial distribution is intimately related to the Bernoulli. From a mathematical point of view, we say that if $ X \sim Bin(n, p)$, then its distribution is characterized by the following PMF:

This looks a bit complicated, but is actually rather easy to interpret. Intuitively, if $X \sim Bin(n, p)$, then $X$ can be thought of as the number of heads you’ll observe if you flip a weighted coin $n$ times, where each flip has a $p$ probability of landing heads. More formally, a binomially distributed random variables is identically distributed to the sum of a bunch of independent Bernoulli random variables:

From a modeling perspective, these two distributions are pretty clearly important. In particular, the Bernoulli is often used to model binary events (i.e. a coin flip), and the Binomial is often used to count the number of “successful” trials in a fixed number of events.

Just for a second, imagine you are an avid dragon-watcher. One day, you decide to talk a stroll through a magical forest, and while doing so, you make a log of all the dragons you see. The next day, you take a look at the log, and you make two astute observations:

It turns out that these two assumptions are enough to characterize two very special distributions, called the Poisson and the Exponential.

The Poisson Distribution, which takes a single parameter, $\lambda$, can be thought of as describing the number of random occurences in a time interval in a poisson process. For example, let $Z \sim \text{Pois}(\lambda)$, where $\lambda$ is the “average” number of dragons you expect to see in one hour. We can think of $Z$ as representing the distribution of the number of dragons you see in any given hour. The PMF of the Poisson is as follows (this can be derived from the assumptions of the poisson process, although that’s another topic for another time):

The Poisson Distribution is very useful in modeling when we are trying to count the number of events in a random process. Other useful facts about the Poisson is that it turns out $E(Z) = \lambda = \text{Var}(Z)$.

On the other hand, the Exponential Distribution takes the same parameter $\lambda$ but instead describes the amount of time you must wait before spotting a single random occurence (i.e. spotting a single dragon). This is a continuous distribution, so we define it in terms of its PDF:

The Gaussian or Normal distribution is probably the most famous distribution in all of statistics, for good reason. It has a number of unique properties, but we’ll start by looking at its PDF. Let $X \sim \mathcal{N}(\mu, \sigma^2)$; then $X$ has the following PDF.

The parameters of a Normal distribution have a simple interpretation: for $X \sim \mathcal{N}(\mu, \sigma^2)$, $X$’s mean is $\mu$, and its variance is $\sigma^2$. Moreover, the Normal has the nice property that the mode and median of the distribution are equal to the mean.

where the $\to^d$ symbol means “converges to in distribution.” The above limit can look confusing, it really just means that for sufficiently large $n$:

The Normal distribution has a whole host of other exceedingly interesting properties, but many of them deserve their own post, and this post is long enough as it is. That’s all for now!

You may also enjoy 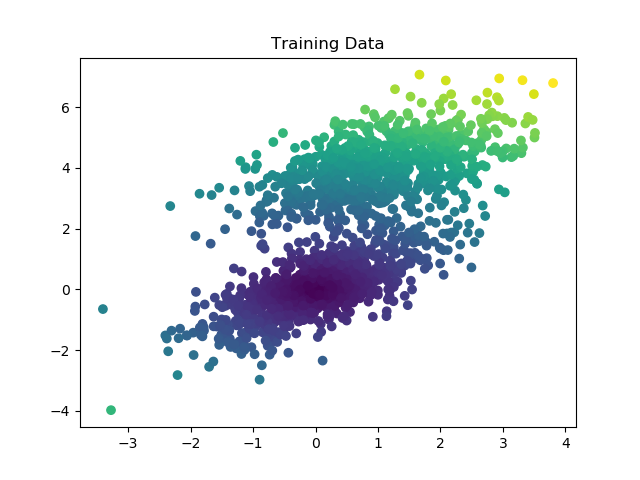 A framework for serious statistical analysis. 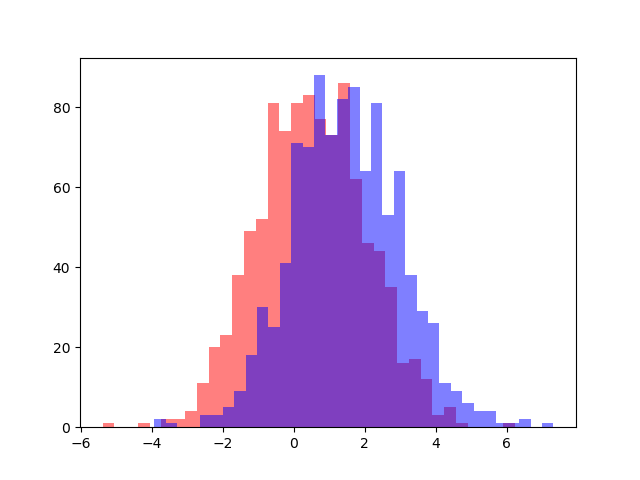 A quick overview of the Machine Learning section of the blog.